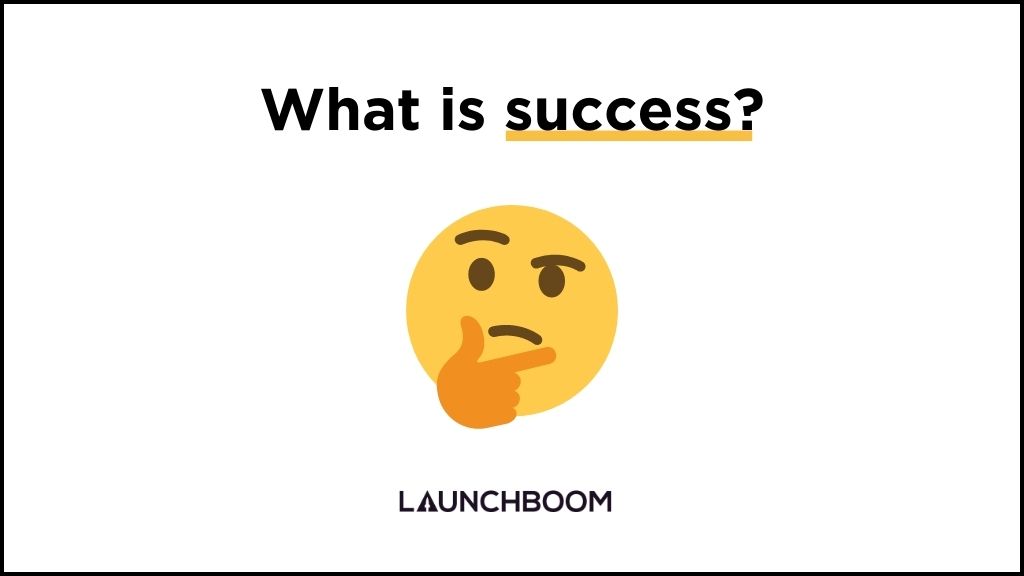 What makes a crowdfunding campaign successful?

Seriously, think about it for a second.

Did a certain dollar amount come to mind?

If so, what was the dollar amount?

Or maybe it wasn’t a dollar amount…

Maybe you thought about something else entirely?

Recently, I’ve been interviewing dozens of clients and asking them what their definition of success was. The answers have been fascinating. Because everyone’s answers have been different. This led me to ask myself…

Is there a definition of success that’s better than others?

That question has led me down a rabbit hole. I’ll admit, coming up with the answer has been harder than I thought. But after hours of conversations with clients and my team, I now have my answer.

If you raise more, you are more successful, right?

One of the most famous crowdfunding campaigns in history is The Coolest Cooler. It made $13,285,226 in pre-sale revenue from 62,642 people on Kickstarter. It only delivered 2/3 of all the orders before finally going out of business 5 years later.

On the other hand, we had a client who made $50K in presale revenue from 180 people on Kickstarter. They delivered the product they said they would. They delivered it on time. Eighteen months later and they are doing 8-figures in revenue through ecommerce and have a very healthy business.

If I were to show only the final amounts raised from the two campaigns and ask the question “which campaign was more successful?”, I bet most would choose the $13M campaign.

But if I were to zoom out and share the rest of the details, everyone would choose the $50K campaign.

So what does this tell us? Clearly, success isn’t just about how much you raise. The long-term matters.

Success and the long-term

I was interviewing one of our clients named Callan. When I asked him what his definition of success was he told me, “if I’m able to continue to ecommerce and scale my business, my crowdfunding campaign was a success.”

Interesting, I thought. His answer seemed closer to the truth.

Success, whether in crowdfunding or not, means you are setting yourself up best for whatever comes next.

In the example of the Coolest Cooler, raising $13M seemed “successful”, but it did not set up the brand for what came next: ecommerce. Instead, they scrambled for 5 years to fulfill the orders and faced challenge after challenge because they raised so much.

On the other hand, our client that raised $50K had an extremely strong foundation for ecommerce. Eight months after we started working with them, we had already hit 7-figures in revenue. Ten months after that, they hit 8-figures.

After this conversation with our client Callan, I asked myself the question, “what must be true to best set up a product creator for ecommerce success?”

That led me to my answer.

My definition of success

I’ll admit, I wish the answer to success was as easy as saying “you need to raise $X on your crowdfunding campaign.” But life isn’t easy 🙂 Instead, the answer is multi-dimensional.

To me, it comes down to (1) achieving very specific goals and (2) having understanding of key aspects of your business. Here are all the things I believe must be true for a campaign to be successful:

1) You achieve these goals:

2) You understand key aspects of your business:

Accomplishing the goals above and ending the campaign with an understanding of your core business isn’t easy, but it’s necessary. When accomplished, you’ll be in a much better position to move to ecommerce and begin to scale.

Long-term (not short-term) profitability is the goal

I want to zoom in profitability for a moment. I did not say that your goal is to be profitable on the campaign. I said your goal is to acquire customers profitably. The difference is important.

With a crowdfunding campaign (or any product launch), there are many costs to get it off the ground. Because of this, very few campaigns make profit. The ones that do are typically repeat crowdfunders because they can leverage past success to lower their marketing costs.

When you play a long-term game, profitability on the crowdfund is not the goal – proving you can acquire a customer profitably is. If you do that, you are much more likely to build a scalable ecommerce business post-crowdfunding.

How to use this information

Whether you use my definition or not, take the time to think about what success means to you before you launch your campaign. More importantly, take the time to understand why you are choosing your definition and how it will set you up to transition to ecommerce. Doing this work upfront will force you to focus on what’s most important to your long-term business success.