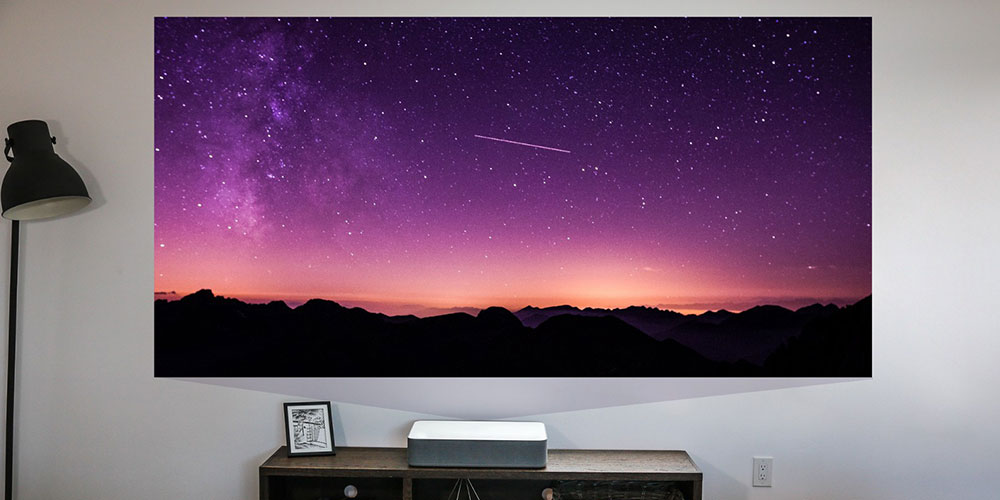 Early in 2019, the company VAVA reached out to the LaunchBoom team to discuss their new product, the VAVA 4K Laser Projector. They had already launched two successful projects on Kickstarter raising a total of $1,203,279 between the two campaigns. We decided to work together and were able to raise $1,845,628 on Indiegogo (and are still funding).

Raising this much money isn’t easy. It takes executing on our proven process and hard work. Let’s dive into it.

TestBoom begins with our Messaging & Positioning process. During this phase, we developed the initial ways we wanted to position the VAVA 4K Laser Projector in the marketplace.

From this process, we came up with 2 to 4 angles to test in the market. There are many ways to communicate the value of a product. An angle can be thought of as one of those points of value that we want to lead with. Here’s what we came up with for VAVA.

Here are a few audiences we came up with for VAVA:

Using our predictive model, we had strong reason to believe that VAVA was going to do extremely well. They passed the TestBoom program and moved into Phase 2: LaunchBoom.

During TestBoom, we only used a $2,000 ad budget. For LaunchBoom, we increased the budget to $15,000 for the pre-campaign. We diversified the ad budget by targeting additional audiences and testing new ad creative. You can see the results in the screenshot below.

We were very excited about these metrics because each converted lead was worth $2,500. That meant we would not have to convert a very large percentage of the list to make a high return on ad spend.

We call those that put down the $1 reservation deposit a “VIP”. One of the benefits of being a VIP is they are added to a private VIP Facebook Group. The Facebook Group allowed them to interact with the VAVA team as well as the rest of the VAVA VIPs. This is a great way for us to create an engaged community of people before we launch.

What’s even more interesting about this product was that we saw higher sales on day 2 than day 1. That rarely happens for us. Why I think this happened is because the product was so expensive ($2,500). It took people longer than usual to decide to buy the product after it went live.

I like to compare a strong LaunchBoom at the beginning of a campaign to building a strong foundation for the rest of the campaign to build on. The credibility gained by getting funded so quickly makes future visitors to the campaign more likely to convert. Here’s how we were able to capitalize on the strong start and keep momentum going.

The best way to continue to drive consistent and profitable revenue, is through Facebook & Instagram advertising. For VAVA, we were able to scale spend even better than the pre-campaign because we now had the credibility of getting funded quickly. In the screenshot below from Facebook Ads Manager you can see the results from the campaign.

Because of these promotions and visibility on the platform, Indiegogo directly contributed $904,357 to the project.

Indiegogo has a great feature called Indiegogo InDemand which allows creators to continue to sell product on the platform after the campaign ends. This is how VAVA is continuing to fund the project.

Through the campaign funding we rose $1,245,401 and through InDemand we’ve already risen an additional $600,227 (and we’re still funding!). InDemand is a great way for us to continue to scale on Indiegogo’s platform until the creator is ready to transition to ecommerce.

Are you looking to launch a product soon? Apply to work with us today so we can learn more about you and your new product!