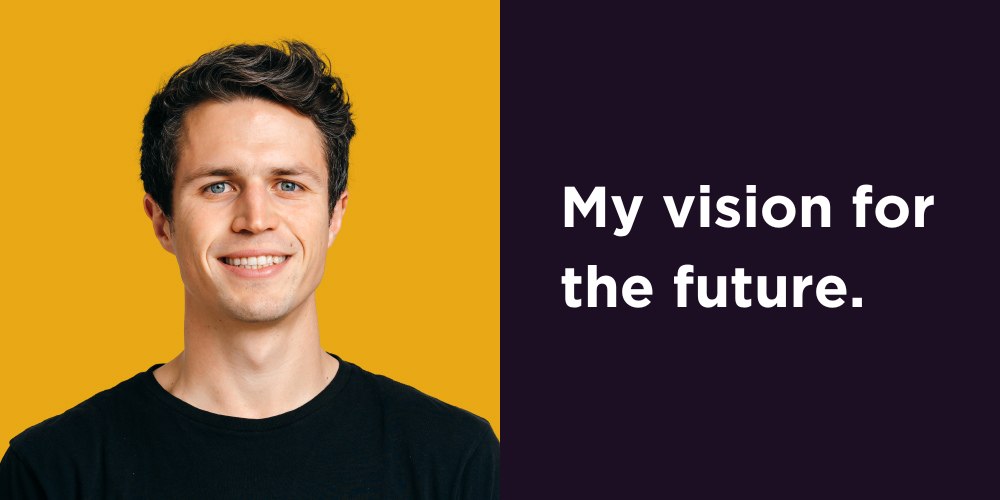 Here’s the story of how it happened, what I learned, and why I feel more positive about the future of LaunchBoom than I ever have before.

This story was hard for me to write. The last 2.5 years have been a rollercoaster of emotions. The peaks were high and the lows were very low.

It feels raw and vulnerable sharing this story, but I also have never felt more clear and confident. So I think it’s the perfect time to share it with you along with my biggest lessons.

Getting ready for takeoff

At the beginning of 2020, there were 25 of us at LaunchBoom. We had just grown our revenue by 35% YoY and I was feeling very positive going into the new year.

The year started like normal. We went to CES in Las Vegas. Our team was hard at work preparing to launch our Q1 crowdfunding campaigns. I was also deep into writing my first book called CROWDFUNDED.

Then some oddities started happening. I remember being on a call with our client Benson at Shiftcam. He worked in China and told me that this COVID-19 thing was getting really serious there. While trying to empathize with him, I was also telling myself that there was no way this was something we had to worry about.

You already know I was wrong.

In April, things started to get really serious around the world. Fear was palpable. My team was scared, our clients were scared, and so was I.

I prepared a presentation for my team (and myself) to explain LaunchBoom’s strategy in the era of COVID-19. What were we going to do in the face of so much uncertainty and fear?

I realized that no one in the crowdfunding space knew what the hell was going on or what they should do. But everyone was looking for answers and someone to follow. So that was our strategy: lean in & lead.

The crux of our strategy was to provide education so people would feel more comfortable navigating what was going on in the world. Here are some things we did:

Even with all of this, I was still really uncertain about what was going to happen. But with COVID, I feel like businesses either fell apart or exploded. We were very lucky to fall in the latter category.

Between Q1 and Q3, our revenue grew by 116%. I had never experienced growth like that before in my life. It was exciting. We were hiring like crazy and bringing in more money than ever before.

I had a plan to structure the business in a new way. There would be four business units that would be led by Directors and all have their own P&L. Here’s how it looked:

So that’s what we did.

I hired the directors. We changed up our accounting systems. We built out middle management layers.

This all sounds pretty good on the surface, but everything changed in 2021.

A leak starts to form

In 2021, the exponential growth rate of 2020 had ended. But the team I had built was built in anticipation of more growth. Which meant I had built a team that was too big.

In Q1 of 2021, we had over a 6-figure loss on the books. There is some seasonality to the business, so we decided to not make any changes to the team and were able to turn a slight 8.5% profit in Q2.

But in Q3 of 2021, it was like the floor dropped out. We experienced a -64% net loss in July which was the biggest loss I had ever experienced. The craziest part was the month before we had 24% net profit. This really showed how unstable the market was getting.

More importantly, it showed how vulnerable the business I had built was.

Our biggest expense by far was labor. We were paying about $350K / mo in salaries & benefits. This was a fixed expense so no matter how much revenue we made, we were always paying that out. Because of that, I made the decision to reduce the team size.

On August 12, 2021, seven hardworking and talented LaunchBoom team members lost their jobs. It was hard for everyone, but thankfully, it seemed that things were heading in the right direction. In Q4, we were able to turn a profit. Unfortunately, things didn’t head in the right direction for long.

In Q1 of 2022, we experienced another huge drop in leads. We experienced a -58% net loss in January alone, and it seemed that the whole market bubble had popped.

This time, I wasn’t just going to reduce the team size. I wanted to make the structure of the business simpler.

So at the beginning of April I laid off 8 more LaunchBoom team members and gave a presentation to everyone that remained about the new direction.

Instead of trying to scale the agency, we were going to make the agency more boutique. The agency’s main value was leverage in the form of (1) marketing content and (2) credibility. We’d use that leverage to scale the consulting programs.

We shifted many team members into new positions to complete the new change. And by the end of Q2, we had turned a profit again. Like before, things seemed to be heading in the right direction, but then something else happened.

This crisis was different than before. It wasn’t a massive drop off in leads. This time, I had one of the most key members of leadership quit.

We were working very closely together to move him into a COO position. He was doing exceptional work in helping us understand our numbers. I had a call scheduled with him in June that was supposed to be about mapping out his transition to COO.

I got on the call and remember telling him how excited I was. But I could tell something was wrong. He told me he was sorry, but he took a job at another company.

I wasn’t mad at him or the company he went to. I’m happy for both. It was an amazing opportunity at a great company.

But something broke in me after that call.

Personally, I knew I needed to make a change.

Reflection on what I want

After the member of leadership gave me the news, I took a day off because I was feeling so overwhelmed. This sense of overwhelm manifested as feelings of lack of control in my life and business. And I knew that without that sense of control and clarity, I wouldn’t be able to lead my team out of our challenges. So I decided I needed to reflect on what I wanted first.

I reflected on a lot that day, but here were my three main takeaways:

All of these realizations were huge wake up calls, but especially the third one.

If I’m not excited about the future, why would I expect the company to grow? Why would people follow me? And most importantly, why would I want to continue down the same path?

After asking these questions, it became very clear what I needed to do. Every hard decision I made leading up to this point was getting me closer to this answer, but now I finally had the clarity & courage to make it happen.

In July, we decided to dissolve the agency and focus 100% of our efforts on solving a new problem.

Because of this, we laid off 16 team members, which was over half of the team at the time. Just like the previous layoffs, it was incredibly hard for everyone, but this time it was different. We weren’t just reducing our expenses, we were fundamentally changing our business model into something that was much more scalable.

Before I talk about the future of LaunchBoom, I want to say that I was and still am proud of what we accomplished as an agency.

Our innovations in the prelaunch are now used by every other crowdfunding agency, and I love that. But like we had done before, I realized it was time to innovate once again… which brings us to LaunchBoom’s future.

I had realized that the typical crowdfunding agency model was flawed.

If you didn’t know, it’s really expensive to work with a crowdfunding agency. You’ll easily spend $25K+ in fees and potentially more in commissions. And with only about 1% of the market ever hitting $100K on crowdfunding, it doesn’t make financial sense for most.

But even most campaigns that raise more than $100K don’t need to work with an agency either. For example, Boona followed our new program, raised $774,113 on Kickstarter, and didn’t pay any expensive agency fees…

My point is that the agency business we had been building before was solving a problem for a tiny group of people. And I wasn’t called to solve that problem anymore. Instead, I wanted to solve a different problem for a much bigger market – one that was very underserved.

The answer to that question is what gets me so excited. Today, we have 18 team members focused on building the solution.

We are building the LaunchBoom Platform: an online platform that empowers product creators, founders, and entrepreneurs to build profitable 7-figure businesses through crowdfunding & ecommerce. Our goal is to take the strategies of agencies and make them accessible to everyone for a fraction of the cost.

We aren’t starting from scratch. Since 2020, we have been building our consulting business unit. And the whole time, it’s been growing sustainably and profitably. That business unit is the seed that is sprouting into the LaunchBoom Platform.

Realizing the vision for the platform will take time, but here’s what we offer now:

Within each program you get:

These past 4 months have felt like when we first started LaunchBoom. The team is excited. We move fast and as one unit.

Because we fundamentally changed the business model, the business is healthy. We’re growing again, but this time with a much more stable and scalable foundation. Which will allow us to serve even more product creators, founders and entrepreneurs.

On a personal note, without the complexity of the previous business model, I’m building again. I’m creating content again. I’m happy. And I know it’s making me a much better leader.

But as you can tell, getting here was hard. I learned so much about myself, building a business, and being a CEO. So I’ll finish off this beast of a post with some of my biggest lessons.

The original inspiration for this post was to share the lessons I had learned from going through this pivot. But then I thought it wouldn’t make much sense to just explain the lessons without also explaining the story. I will admit the story turned out to be muuuuuch longer than I thought, but we’ve made it to the end… woohoo!

So now it’s time to share the top 10 lessons I learned from the pivot:

The last few years have been hard, but I don’t regret anything. Each phase of the journey has left me with a new lesson that I don’t intend on forgetting. Now, more than ever, I feel so lucky that I get to wake up everyday and build the LaunchBoom Platform.

So if you made it this far, what do you think? I’d love to hear your thoughts, questions, or even your biggest lesson learned in business. Please shoot me an email at [email protected]! 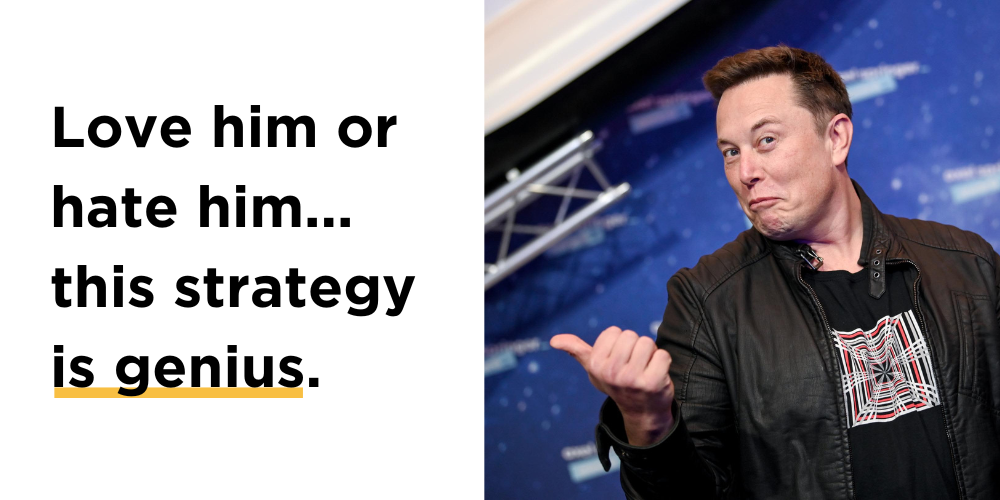 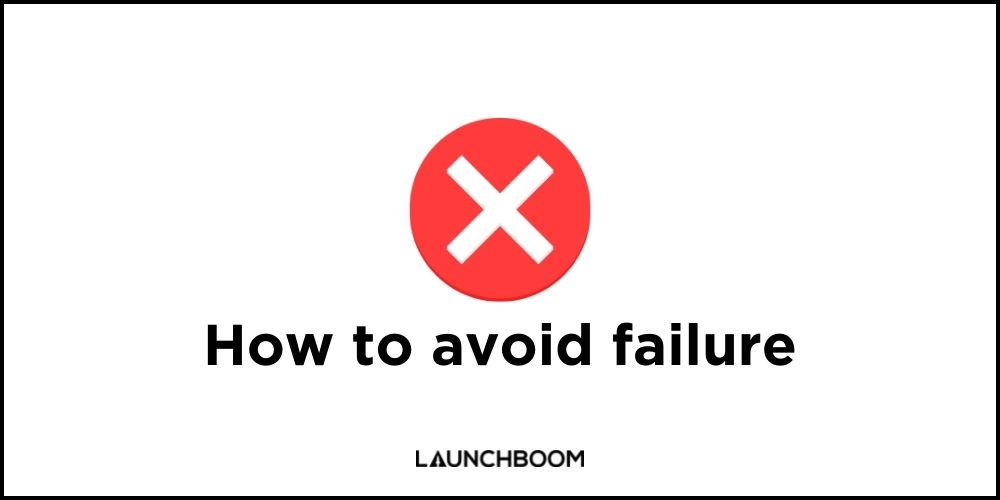 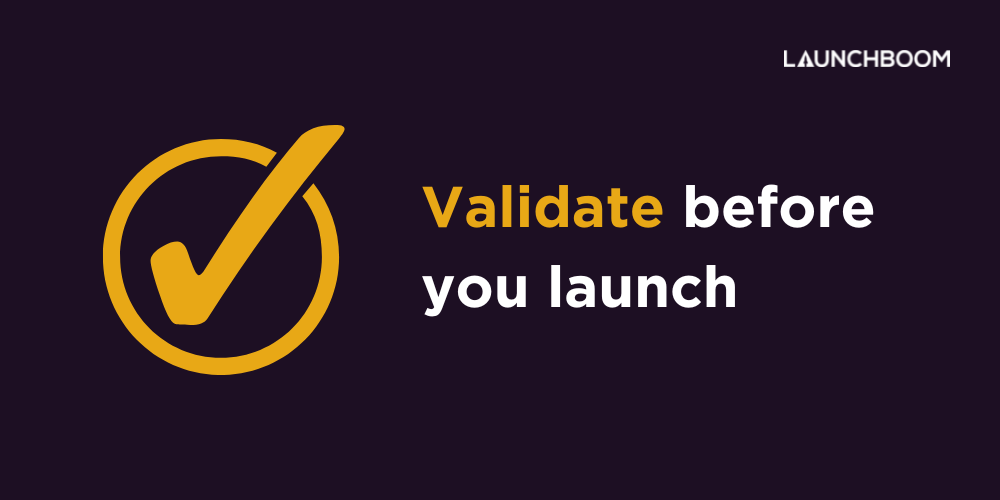 How to validate your product during the prelaunch