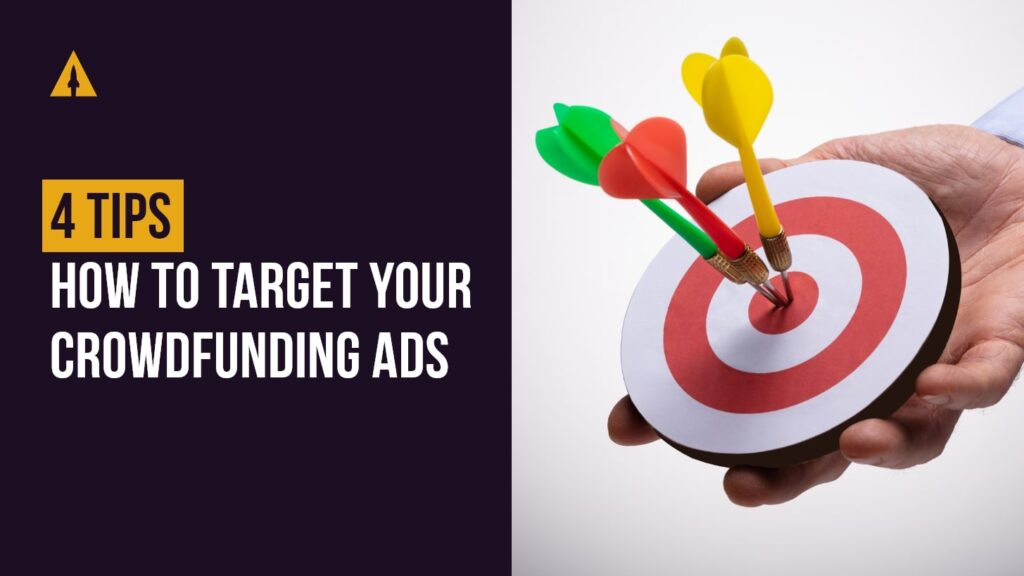 We’ve covered the topic of how to make great ads to generate interest in your product. But even if your ads are perfect, they won’t be effective if they aren’t reaching the right people. When it comes to lead generation in digital marketing, it’s just as important to know how to approach audience targeting for your crowdfunding campaign.

While it does seem tough to navigate, that’s alright–you just need to know what you’re looking for. We’ve run Facebook ads for thousands of different products and today, we’re sharing 4 expert tips about how you should be running your ads for your Kickstarter or Indiegogo crowdfunding campaign.

You’ll likely have some assumptions on which audiences to target when you’re just starting out. After all, nobody knows your product better than you do. However, you don’t want to get tunnel vision and put all your focus into one strategy.

You always want to have the goal of finding new audiences. The best way to do that is to discover them through testing. Let’s look at a hypothetical product as an example.

If the product is a great new meditation device that helps people easily relieve stress, obviously you would want to target people in Yoga, Physical Fitness, or Self Care. That’s a good place to start, but there is going to be a lot of overlap in those three audiences. People who Facebook categorizes as part of the “Yoga” audience are likely also categorized in “Self Care.”

Right off the bat, you would be limiting the amount of eyeballs your ads are being delivered to. You might feel hesitant to spend your ad budget on audiences you’re not sure about, but this is fundamental to testing to learn.

What could be another audience that would resonate with a meditation product? Think about what problem the device is solving–the problem of stress. It’s probably not hard to think of a demographic that experiences stress.

People who work are stressed, so you can also try targeting young professionals in the Business interest. This meditation device also might be using some appealing new technology, so it wouldn’t hurt to advertise to a tech audience. Don’t be afraid to portion some of your ad budget to potentially fail. The reward from the learnings can be far greater than the risk. 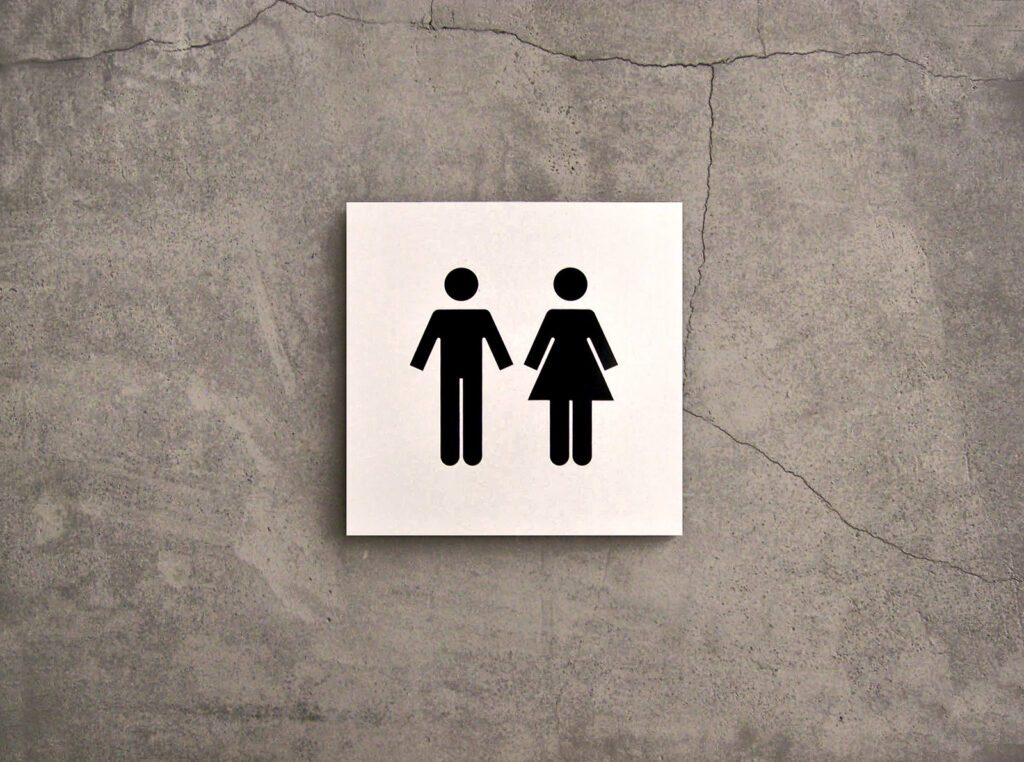 First of all, I’d like to add a disclaimer that this is not me telling you to ignore every other demographic. You still want to start out by targeting both men and women, but if you’re looking for possible ways to improve your metrics, this is a great rule of thumb to fall back on.

In the world of crowdfunding, men are the dominant demographic. To get even more specific, men between the ages of 25-44 are historically the most likely audience to back a Kickstarter or Indiegogo campaign, and it’s important to establish why.

People under 25 have much less disposable income than those above it, so it’s not hard to see why it isn’t beneficial to target them.

More crucially, why isn’t it better to target the age range with the most disposable income out of any other: 45 and up? The most general answer is that crowdfunding as a concept is harder for older audiences to grasp.

Not only are backers giving money for a product that might not even exist yet, product fulfillment often takes six months to a year. So, if you’re coming to crowdfunding with a product specifically made for an older audience, it might be worth reconsidering.

Data suggests that men are more likely to back crowdfunding campaigns, but the reasons for that are still no more than theories.

The main theory is that women need more convincing than men to feel that a product is legitimate. In crowdfunding, there’s a much bigger assumption that a product won’t live up to its promise. When marketing a product specifically towards women, you’re more likely to be fighting an uphill battle.

Again, I need to emphasize that you shouldn’t start excluding women from the start. This is part of testing to learn. When you notice that your reservation rate is low, you can try pivoting to a more male focus.

When you do this, you can also adjust your creative to be more image-centric. Men, generally speaking, don’t need as much extra copywriting besides some well-written headlines. You can really lean into making your product look awesome and visually appealing.

You will need to be careful, though, if you’re going to be using hand models in your photos. Opt to use male hands, because product photos featuring mostly female hands tend to alienate men and can negatively impact conversion rates.

In the end, the data will point you in the direction of your product’s key demographic. The worst thing you can do is argue against the numbers. No matter what you may have thought was best in the beginning things might change after weeks of live testing. Just be ready to adapt!

Tip #3: Make sure your audience is qualified

There are millions of people in the Facebook database, and it’s important to be able to narrow that down. Another way you can do that is by eliminating the unqualified portion of that audience so you can spend your ad budget more effectively.

A qualified audience for your upcoming crowdfunding campaign is one that already knows what crowdfunding is. Out of all the people out there who you could advertise to, you’re more likely to resonate with those who are already familiar with what you’re asking them to do. Most people are familiar with eCommerce, but most people have never backed a Kickstarter or Indiegogo campaign.

One quick and easy way to reach a more qualified audience is to simply apply a crowdfunding filter when running ads. Facebook can actually identify those in your target interest group or demographic who are familiar with things like “Crowdfunding,” “Kickstarter,” Indiegogo,” etc.

However, you don’t want to neglect less qualified audiences completely. If you’re finding success with a crowdfunding savvy audience, then you can start allocating some of your ad spend to less qualified leads.

Just be careful not to change your messaging or product positioning to explain what crowdfunding is. If you don’t see good reservation rates, the natural reaction is to make big changes to your ads or landing page to try and educate viewers on crowdfunding to turn metrics around. Do not do this.

Making changes to your funnel and sinking money into the same unqualified audiences all cost money. Instead, read on to the last tip to find out what you should do next.

Lookalike audiences are one of the strongest tools in your digital marketing arsenal. Interest-based audiences are an essential jumping-off point, but once you’re able to build an email list, that opens up a lot of new doors.

Here are some of the benefits of using lookalikes as an advertiser:

Building lookalikes lets you replicate the success of your first group of qualified leads. After you gather 1000 emails, you can build a customized lookalike audience more likely to convert because of how similar they will be to your initial email list.

But, why not just keep targeting broader interest groups that Facebook has already compiled for you? Using the meditation device example from earlier, think of a lookalike like this: 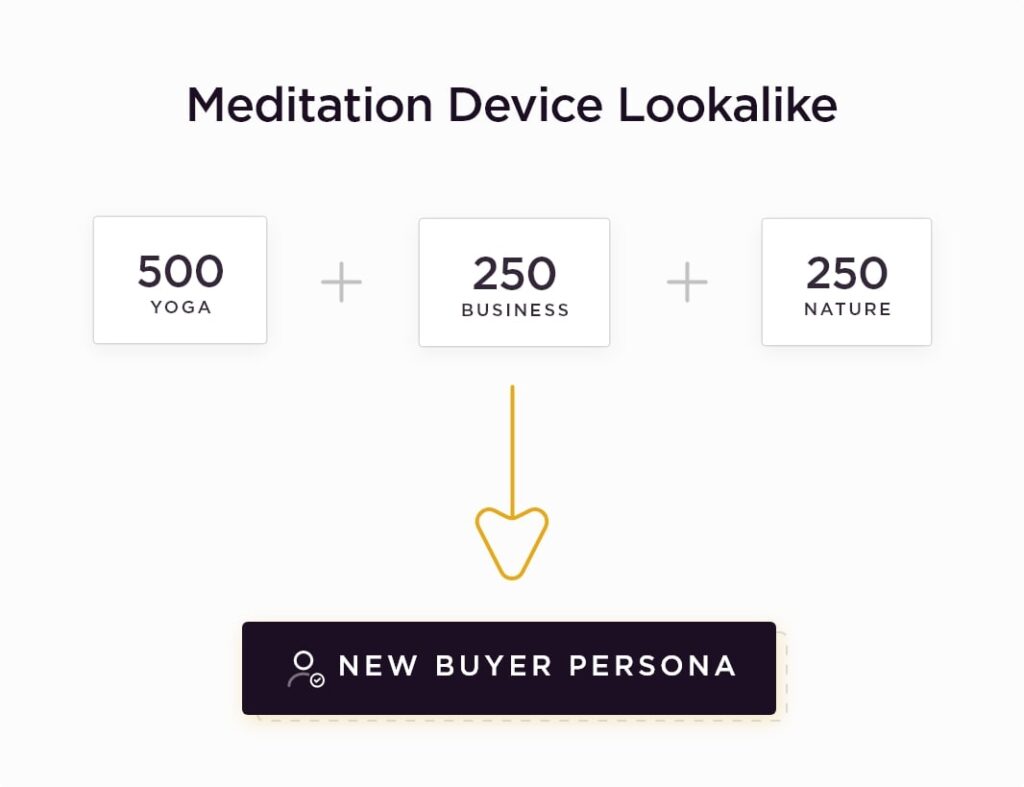 In essence, you’re creating a whole new buyer persona that Facebook has never seen before thanks to the diversity of interests in the first 1000 emails.

Facebook lets you control how qualified lookalike audiences can be on a sliding scale from 1-10%. The first 1% will have fewer people but will be the closest in interest to the buyer persona you’re targeting. As you increase that number up to 10% the audience becomes bigger and the target interests become broader.

As a rule of thumb, we typically advertise to the top 3-5% of our lookalike audience. This range is a nice balance between the audience size and the amount we’re spending. Even if you’re working with a sizable ad budget, generating too large of a lookalike audience can eat away at your ad spend pretty quickly.

The last great benefit of using lookalikes is the organic improvement from Facebook on your return on investment (ROI). If your ads continue to stay relevant for these specific audiences, Facebook gives you an improved Relevance Score. Having this will actually bring down the cost of your ads.

Lower ad costs coupled with our pre-campaign funnel reservation system can actually generate revenue for you to pump back into your ad budget!

As you’re running your ads, always remember these key points to maximize your conversion potential:

There you have it–4 of LaunchBoom’s best tips for helping you with your audience targeting for crowdfunding ads. If you’d like to enlist our expertise on anything from ad creative to how to predict campaign success, book an appointment with us today!